iClone Python API has the ability to display pop-up message boxes that can ease the flow of your scripted procedures, as well as provide warnings and alerts. Message boxes can be sparse with no interaction except for the universal close window button on the top right of the window bar. They can also support a single checkbox and a single button interaction.

The label on the single button changes according to the type of button called, they are the following:

The following are part of the EmsgButton enumerations but can't be used to create a dialog window.

The only required module for this lesson is the standard Reallusion Python API library. 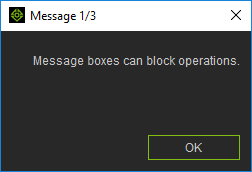 The most simple message boxes just provide additional information to the user. 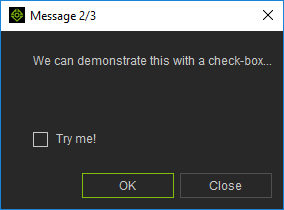 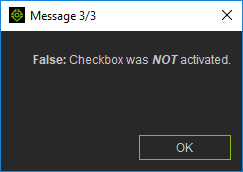 Message boxes are asynchronous; they block the next action until the user removes it by clicking on the button or exiting the window. 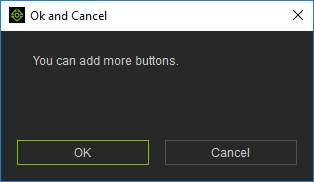 You add more buttons by adding more enumerations separated by "|".

You can research the following references for the APIs deployed in this code.